The Wild Detectives, Reading Quirks-Weird Things That Bookish Nerds Do! 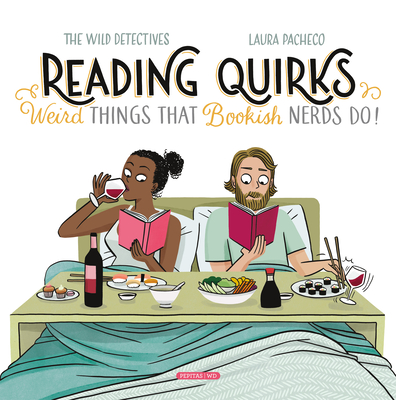 The Wild Detectives is a independent bookstore, bar and venue in Oak Cliff, Dallas, that encourages community-driven cultural conversations. Since its opening in 2014 this small bookstore has hosted over 600 events and featured authors and artists such as Ben Fountain, Leni Zumas, Morgan Parker, Damien Jurado or Bill Callahan, just to mention a few. They also maintain a strong Spanish language calendar of events, having promoted some of the best young Latin American voices, featuring authors such as Eduardo Rabasa, Daniel Saldaña París, Verónica Gerber, among others, in single events or as part of the international literary festival Hay Festival. So far, the business has been chosen Best Bookstore 2014, 2015 and 2016 by D Magazine, and also 2018 by the Dallas Observer. It was selected by American Way, along with Powell’s and other 3 bookstores in the country, as the spearheads of the recent American indie bookstore renaissance.

Andrés de la Casa Huertas
Although Andrés (San Sebastián, Spain, 1979) started his career as a journalist –he was press assistant for the Basque social democrats in the Spanish Parliament– he was always more interested in creativity. As graphic designer and art director he’s worked for top international brands, first in Madrid, then also in Dublin and London. He’s currently creative director at The Wild Detectives, a bookstore bar venue in Dallas. Reading Quirks is his first published work.

Javier García del Moral
Javier Garcia del Moral (Logroño, Spain, 1978) worked as a civil engineer in places like Spain, Ireland, Middle East and the US. In 2014 he founded The Wild Detectives bookstore along with his longtime friend Paco Vique. He combines his civil engineering work with directing The Wild Detectives bookstore and currently lives in Dallas, TX
About Reading Quirks:
Who hasn’t peeked over the shoulder of the person reading next to them on the subway, curious about the book in their hands? Who doesn’t secretly love skipping the party to stay home and read? Who hasn’t daydreamed of catching the eye of a future significant other as you discover from across the room that you’re reading the same book?
Reading Quirks explores, in 72 lighthearted four-frame cartoons, beautifully drawn by Spanish illustrator Laura Pacheco, all those weird things readers do, from the existential dilemma of picking your next read to the frustrations of watching an overzealous dog-earer in action.
Event date:
Sunday, February 23, 2020 - 12:00pm to 2:00pm
Event address:
306 Pearl Parkway
Suite 106
San Antonio, TX 78215

Who hasn't peeked over the shoulder of the person reading next to them on the subway, curious about the book in their hands? Who doesn't secretly love skipping the party to stay home and read? Who hasn't daydreamed of catching the eye of a future significant other as you discover from across the room that you're reading the same book?